Announcement of Results for 1minute Projection Mapping in TOKYO!

Announcement of Results for 1minute Projection Mapping in TOKYO!

The Grand Prix goes to “THROUGH THE NIGHT” by THE FOX, THE FOLKS (Indonesia)！

The 9th International Projection Mapping Competition “1minute Projection Mapping in TOKYO” which was held at the Meiji Memorial Picture Gallery from Dec 9th – 12th, 2021, is the main content for “TOKYO LIGHTS”, a Festival of Light that illuminated Japan’s world class international city, Tokyo and delivers hope to the world through entertainment and art. Thank you to everyone who came and watch the event and to all the audience to watch it online!
At the public review held on Dec 12th, the judges in Japan saw the works projected on the venue and the overseas judges who could not come to Japan due to covid-19, watched the works online. Many discussions were held and a strict examination was conducted.
Here, we would like to inform you that the Grand Prix for this competition has been decided.

The Winners for the prizes are as follows:

Grand Prize
“THROUGH THE NIGHT” THE FOX, THE FOLKS (Indonesia) 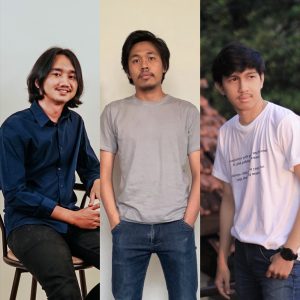 The Fox, The Folks is a creative and talented animation team based in Bandung Indonesia, specialize in 2D style animation and motion graphic, we try to bring fresh visuals to the video mapping industry.

Audience Prize
“THROUGH THE NIGHT” THE FOX, THE FOLKS (Indonesia)

We would like to thank all the participating artists, audience who visited the venue and watched the live broadcast and all the wonderful judges!

Each award-winning works will be uploaded at a later date, so please forward to it!