General comments on the 1 minute Projection Mapping in Odawara Castle

General comments on the 1 minute Projection Mapping in Odawara Castle 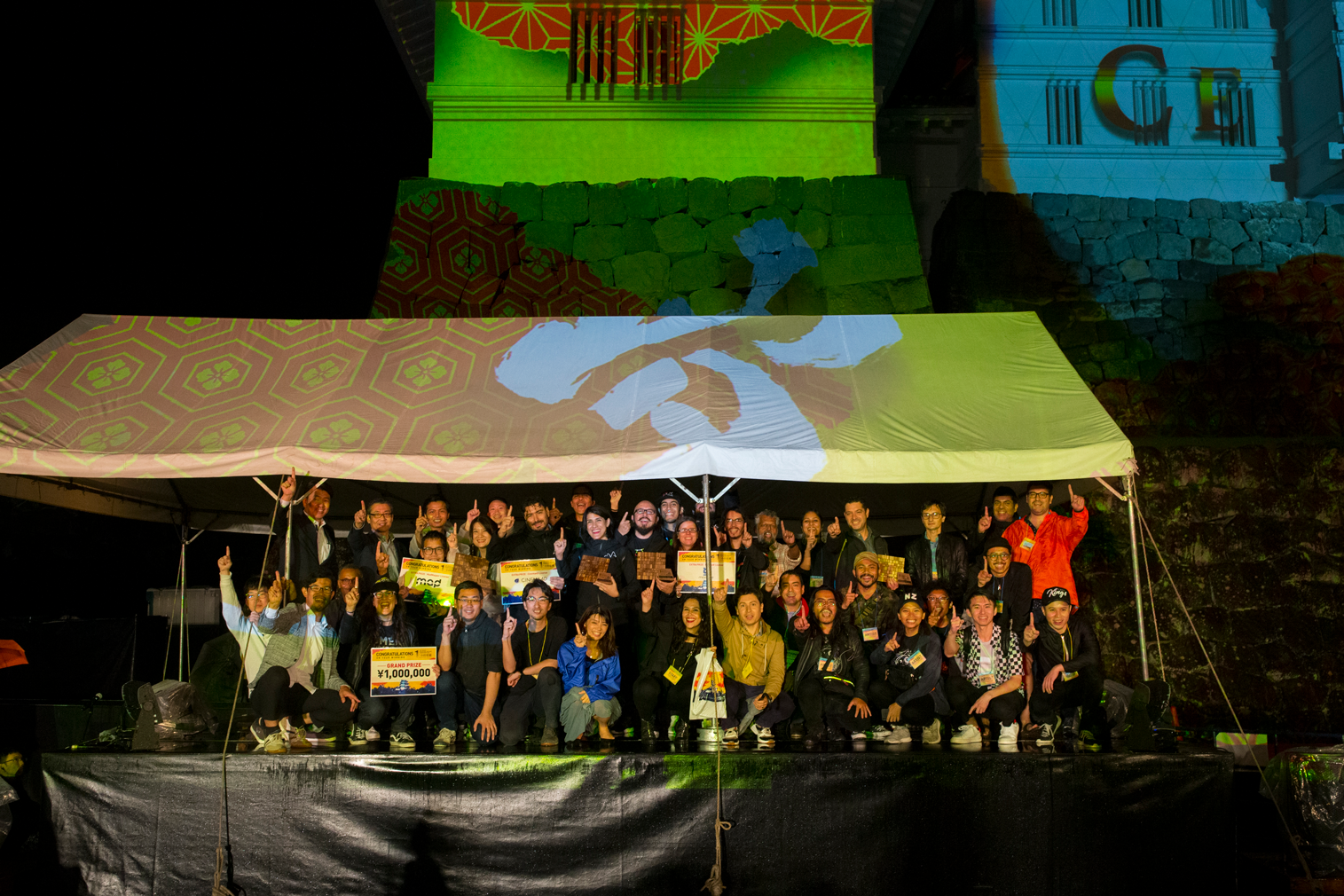 Upon deciding to hold this competition at Odawara Castle, we made “Dream” the theme of the competition as my thoughts went to the Japan’s Sengoku Period (Period of Warring States). I think that this competition was an unprecedented projection mapping battle in history, in which creators from all over the world faced the Odawara Castle bravely and aim top to be the of the world like samurai warriors. Even after the competition is over, I can still vividly remember this wonderful battle as the works have left a strong impression and were truly amazing.

I felt like as compared to the previous venue which was the Miyazaki Prefectural Museum of Art and other past venues’ buildings, the work of designing images with complex shapes such as “castles” is very challenging even from the organizers’ perspective.
In fact, many participants might have struggled to capture and take advantage of the shape of the building. However, the works of the world’s creators who have overcome the difficulties were selected as finalists, and they have captured many audience’s hearts.

When a projection mapping event is held in regional towns or cities, the number of people who see projection mapping for the first time increases. In addition, people who have experience in projection mapping will expect more excellent works with severe eyes. The works of finalists for this time met this expectation perfectly and gave a strong impression to all spectators and the parties concerned.
First of all, I would like to express my deepest appreciation to the “Samurai of Video” who participated from around the world. Although it was a very difficult selection, I would also like to express my gratitude and respect to the jury members who took their time to persistently judged the results.

It was a young Ukrainian female creator, Julia Shamsheieva, who won the fierce battle at Odawara Castle, becoming the first female winner in the competition. As 3DCG software had been advancing so quickly, many recent projection mapping works competing for having the best CG technicality. However, the graphical approach of her works and her unique music left a much stronger impact as compare to the just CG technicality. Her work challenged straightly how to get the spectators and juries’ hearts within a short period of time (1 minute to 1 minute 59 seconds). The result was not only recognized for her high degree of perfection, but also for her graphical and challenging approach. I am convinced that her work is one of the most memorable for everyone in this competition.
Video：https://youtu.be/IPAurmZKEIg

The runner-up, Thailand’s DecideKit, has been participating in this competition for several years. This work has a wonderful content and a dramatically improved quality of CG as compared to their previous works. In addition, this work was based on the Japanese first dreams (Mt. Fuji, hawk and eggplant are symbols of first dream’s lucky items of a new year), while placing the Hojo family’s (the lord of of Odawara Castle) crest everywhere. The contextual approach and the quality of the design were very complete and impeccable, giving a big impression on the audience.
Video：https://youtu.be/zoccP_f_O1A

Mexico’s AVA Animation & Visual Arts won the 3rd place Jury Special Prize. This work was brilliantly sublimated on an esoteric building, Odawara Castle with various elements such as high-quality CG, cute characters and pop visuals that grab the audience’s hearts, and local elements like local Odawara and Hakone parquet patterns, Warlords and bonsai and the streets of Japan.
Video：https://youtu.be/deJnHFQtbiE

Odawara City Special Prize goes to a work by DUX ANIMATION STUDIO in Mexico. The intense visuals of South America were combined with Odawara Castle, and its vivid colors and design have attracted many people. WAYAK means dream in their language and it was a work that has invited the audience to a true dream trip from Odawara to the other side of the earth.
Video：https://youtu.be/RvFFtY0mFZI

The German team, RESORB won the Audience Prize. It has attracted many people with it’s beautiful visuals and innovative ideas. The lower part of the castle tower was drawn at the foot of the castle, and the castle traveled through various worlds beyond dimensions, making it a very interesting approach. In addition, the CG quality of each scene were very high, and the characteristics and enjoyment of the projection mapping were taken in very well. It was also highly evaluated by the juries.
Video：https://youtu.be/cm5zbNa4DJA

Lastly, from the recommendation of the juries, the work of Spain’s Los Remoras won an additional Jury Special Prize. It was a masterpiece depicting an action with a sense of realism as if it was a time slip to the Sengoku period. However, in reality, the Odawara Castle was a bloodless castle as it has never been physically attacked, so there were some who questioned the violence expression of war and blood flow. However, it was awarded as it received a high reputation for its quality as an entertainment work.
Video：https://youtu.be/cm5zbNa4DJA

There were many other candidates that were on the borderline of being the prize winners, but I felt that the presence and strength of the work itself influenced which works were successful. When the juries were selecting from this wide variety of works, the results varied depending on the important points that the juries place their decision on. When works with various directions compete, the importance is not only placed on the quality of the image but also a strong personality and assertion, ideas that creator want to support and a challenging attitude that are not found in other works. Using these as comparative points, how are you going to create things that catches the judges’ eyes? This is not limited to projection mapping, but if the attitude of the creator of the product is right, the judges who have the sensitivity and experience will respond to it.

Finally, the competition is supported not only by the creators that participated, but also by the warm support of the venue’s citizens, organizers, staff members, and the audience. This competition has already been eight years old and has become one of the best in the world, but this is also the result of growing up with the strict and warm evaluation and support from all of you. There are still many hurdles and challenges left before we reach the 10th count, but we hope you enjoy and support this competition together.