Asia’s largest international projection mapping competition will be the main program for the first light festival “TOKYO LIGHTS” to be held at Meiji Jingu Gaien from Dec 9th – 12th.

〜 Announcement of 19 finalists for the theme of “Hope”〜

“1minute Projection Mapping” is one of the largest international projection mapping competitions in Asia, started in 2012. This competition will be the main program for “TOKYO LIGHTS”, the festival of light which will be held in Tokyo for the first time.

The production theme for this competition is “Hope”, where 246 entries were received from 54 countries and regions around the world and 19 groups are decided as the finalists after the first screening. The finalist’s work will be screened for four days from Dec 9th on the Meiji Memorial Picture Gallery and there will be a public award ceremony on Dec 12th, where the Grand Prize (Governor of Tokyo Award), Semi-Grand Prize (Tokyo Lights Award), Jury Special Award, Tokyo Tokyo Award and Audience Award by Web Voting. There will be live streaming to audience all over the world as well.

Tickets can be purchased from the official website of “Tokyo Lights”. The screenings can be viewed online and anyone can participate in the voting. Let’s all enjoy the first Tokyo event! 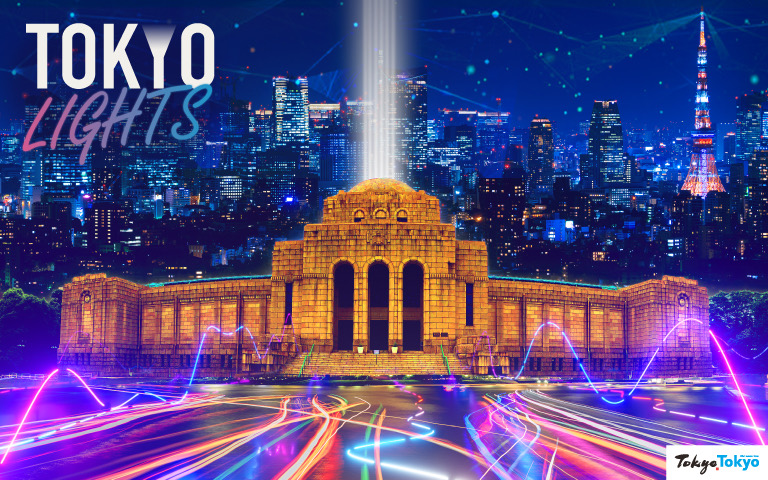 “TOKYO LIGHTS” was launched as a “light festival” that illuminates Tokyo, Japan’s world-class international city, and delivers hope to the world through entertainment and art. Including “1minute Projection Mapping”, one of the largest international projection mapping competitions in Asia, Futuristic fireworks entertainment “STAR ISLAND” team will develop a completely new expression of video and light that combines realistic performers, video technology, and cutting-edge fiber beam technology. There will be iconic installations at the venue such as pillars of light that embody the concept of sending light from Tokyo to the world. We plan to mobilize about 35,000 spectators in four days.